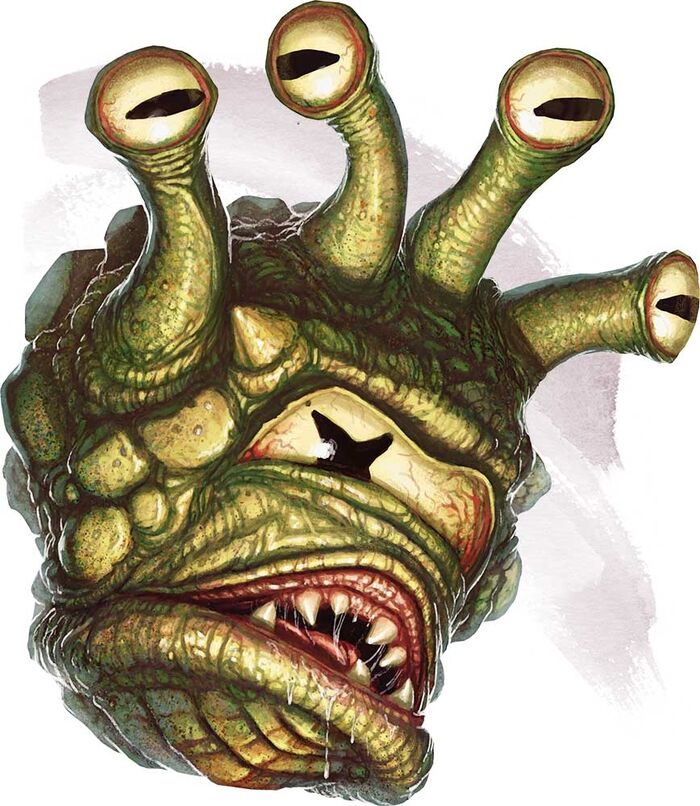 Zaffre’s eye-stalks are similar to the spells cause fear, prismatic spray, telekinesis, and ray of frost. He does not have a central eye ability and can only fire two beams at once.

Beholders were capable of seeing out of the gazer’s eyes and would sometimes give them to spell-casters for their own nefarious purposes. Eyeballs working as familiars could have one of their rays converted into a spell ray, capable of delivering touch spells as rays. Gazers also had the ability to mimic any speech they heard, repeating it in a high pitched tone.

Zaffre was created by the beholder Sagioshi. Sagioshi dreamed of a little friend and literally dreamed him into existence. Zaffre is mostly green with yellowish highlights. His four eye-stalks are about 8 inches long.

Zaffre came into the world only a few days ago. So, Sagioshi did not have much time to imprint his evil ways onto the little critter. He is very impressionable at the moment. Since Marg was kind to him after the death of his creator, he now follows her around. He behaves basically like an aggressive puppy. He will growl at anyone he doesn’t recognize that gets close to Marg. He follows her around closely, possibly to the point of being a nuisance. 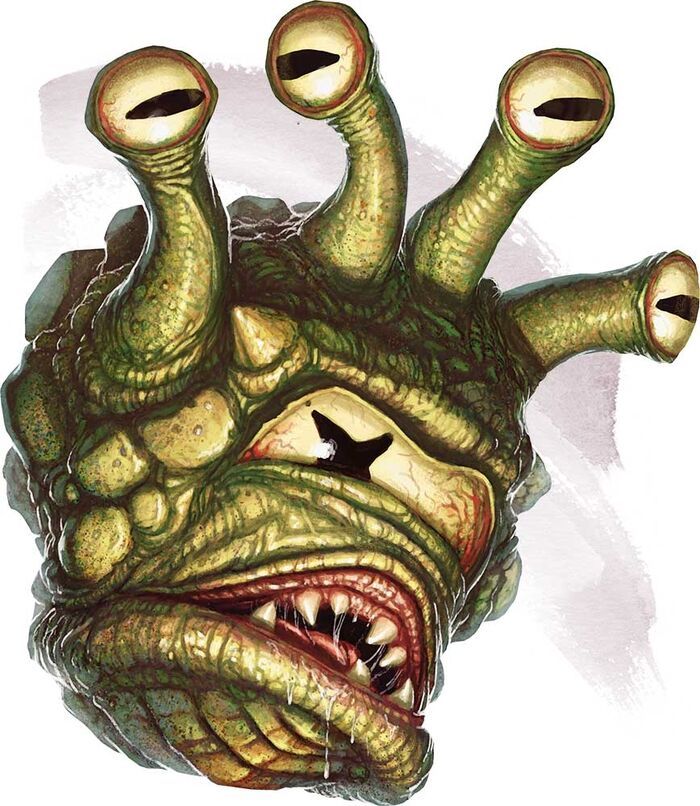