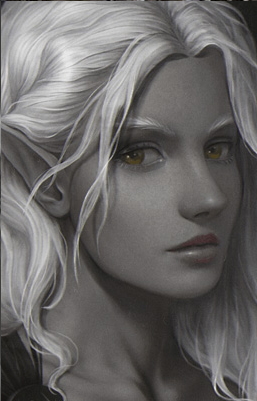 Shadow is a half elf (half human, half drow) who was cast out from drow society as impure, an iblith. She was abandoned and left to die in the underdark until members of Bregan D’aerthe found the child and delivered her to the Starry Cradle orphanage in Waterdeep.

When kids started to go missing from the orphanage, Shadow joined her friends in an escape and helped protect them from the dangers in the sewers.

Shadow and the other orphans are all fiercely protective and loyal to each other. They continue to hide in the basement of Trollskull manor.

iblith – offal, excrement Often used when referring to humans as well as other non-drow races. Can be used as an insult. 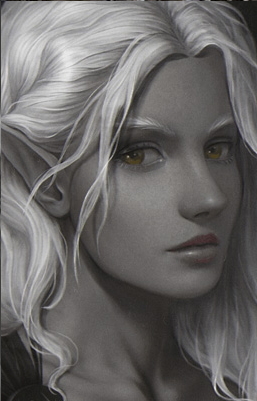