Bronze dragonettes communicate via a limited form of telepathy. If one elects to take a human companion, it can transmit what it sees and hears at a distance of up to 240 yards. Bronze dragonettes can vocalize animal noises such as a rasping purr (pleasure), a hiss (unpleasant surprise), a chirp (desire), or a growl (anger).

At birth, a bronze dragonette’s scales are yellow tinged with green, showing only a hint of bronze. As the dragonettes approaches adulthood, its color deepens slowly changing to a rich bronze tone that gets darker as the dragonettes ages. Dragonettes from the very old stage on develop a blue-black tint to the edges of their scales, similar to a patina on ancient bronze armor or statues.

Combat: Bronze dragonettes dislike killing creatures with animal intelligence and would rather bribe them (perhaps with food), or force them away with repulsion. When confronted with intelligent opponents bronze dragons use their ESP ability to learn their opponents’ intentions. When attacking they blind their opponents with wall of fog, then charge. Or, if they are flying they will snatch opponents. When fighting under water, they use airy water to maintain the effectiveness of their breath weapons, and to keep away purely aquatic opponents.

Breath Weapon/Special Abilities: A bronze dragonette has two breath weapons: a stroke of lightning 10’ long and .5’ side or a cloud of repulsion gas 10’ long, 3’ wide, and 5’ high. Creatures caught in the gas must save vs. breath weapon or move away from the dragonette for two minutes per age level of the dragon, plus 1-6 minutes. Creature caught in the lightning take damage, save vs. breath weapon for half. A bronze dragonette casts its spells and uses its magical abilities at 7th level, plus its combat modifier.

At birth, bronze dragonettes have a water breathing ability, can speak with animals at will, and are immune to electricity. As they age, they gain the following additional powers:

Habitat/Society: Bronze dragonettes like to be near deep fresh or salt water. They are good swimmers and often visit the depths to cool off or to hunt for pearls or treasure from sunken ships. They prefer caves that are accessible only from the water, but their lairs are always dry – they do not lay eggs, sleep, or store treasure under water.

Bronze dragonettes are fond of sea mammals, especially dolphins and whales. These animals provide the dragons with a wealth of information on shipwrecks, which the dragons love to plunder, and detail the haunts of large sharks. Bronze dragonettes detest pirates, disabling or destroying their ships. 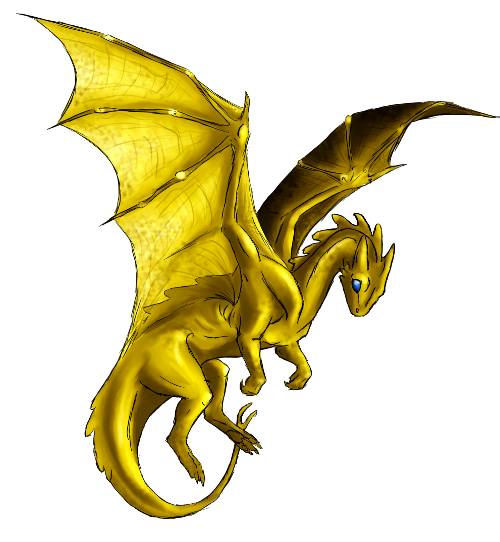