Marge grew up in a village near a shore, around age 8 some pirates came in and decimated the village, Marge parents had her hold up in an underground cellar, the pirates did not find Marge, but when she finally came up from the cellar she was the only one alive.

Marge took out on foot, frightened, after several days of walking she came across a colony of religious folk who took her in, this is where Marge decided to serve the “broken” god as a cleric. Up to now she has kept to herself learning and practicing her craft. But there is this inner anger about what happened to her when young, losing her mother and father and the village of her people….this shows up when she practices with her mace….. 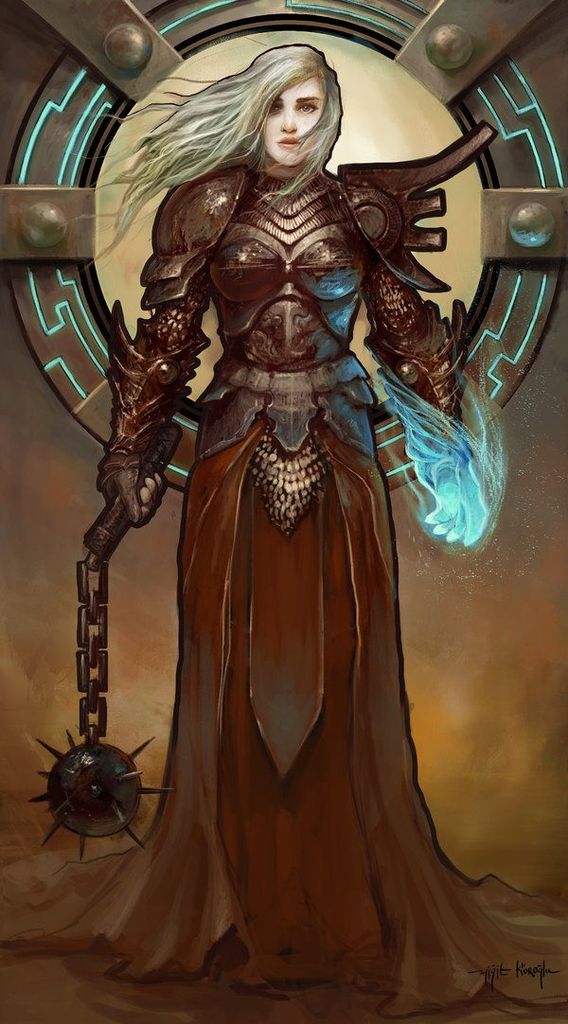