Athrogate was able to speak the Goblin language fluently, albeit with a heavy accent.

Athrogate wore a broad belt depicted with metal lightning bolts,[citation needed] which was in fact a girdle of giant strength.

He fought with twin gray glassteel morning stars, with spiked metal heads attached to the ends of adamantine chains. He called them Cracker and Whacker19 or Rotter and Slaughter, whichever suited him best. On command, the left-hand morning star, Cracker, emitted from the small nubs on the striking ball a dark reddish and chalky fluid, the ichor of a rust monster, which corroded other metals on contact. The right-hand morning star, Whacker, coated itself with a clear, blue-gray and oily liquid known as oil of impact. Using thus enhanced weapons with first left then right strikes, Athrogate could smash anything from a portcullis to an iron golem into rust flakes.

Athrogate was also given a figurine of wondrous power by Jarlaxle, in the form of a red hell boar named Snort. The figurine looked like a small red boar without skin covering its body. The summoned beast, a large red-skinned boar, was a creature from the Lower Planes, the fiery pits of the Nine Hells. Steam rose from its back and bursts of red flames erupted from its nostrils. The boar appeared with full saddle, was fierce and rode tirelessly into battle. Snort was able to keep pace with any conventional beast of burden such as a nightmare and covered tremendous ground. By stomping a hoof and snorting, the boar created a defensive ring of fire from its snout and body, which didn’t really harm but rather distracted enemies enough for a charge of its rider.

Athrogate was a dwarven warrior of some reputation in the Bloodstone Lands and later in the North. He later became a companion of Jarlaxle and an agent of Bregan D’aerthe.

Athrogate had the stout and powerful build of a typical dwarf. He wore his black beard parted in the middle, with two long braids of straight hair running down to midchest, each tied off at the end with a band set with three sparkling blue gemstones, or occasionally tipped with dung. His bushy eyebrows nearly covered his brown, almost black eyes. He had large ears.

He wore a suit of armor, part leather, part plated, and covered with a myriad of buckles and straps. His twin morningstars were tied in an X at his back, their handles reaching up and well beyond the back of his bushy hair.

Athrogate (perhaps jokingly) explained to Jarlaxle that he was cursed by a wizard to live a long life and never to forget the hardship he went through. Thus, although few dwarves reached 300 years of age, Athrogate was about 370 years old.

Athrogate liked to speak in rhyming couplets, through he displayed this behavior less frequently as time went on, perhaps in consideration for his companions.

Athrogate’s home was Citadel Felbarr, a dwarven stronghold east of Mithral Hall and south of Citadel Adbar. An orc clan raided Felbarr and Athrogate’s children and wife, Gerthalie, were slain. When the call went out to reclaim Felbarr, Athrogate didn’t answer and thus did not return when his fellow dwarves reclaimed Felbarr some 300 years later.

In 1368 DR, Athrogate became a member of a group of warriors chosen by commander Ellery Dragonsbane to fight the legacy of Zhengyi, the Witch-King. This group included Artemis Entreri and Jarlaxle. Athrogate was subsequently arrested by the Grandmaster Monk Kane and held in prison for a long time. He was freed when King Artemis the First (Entreri) was captured by the Paladin King Gareth Dragonsbane and Jarlaxle saved them. 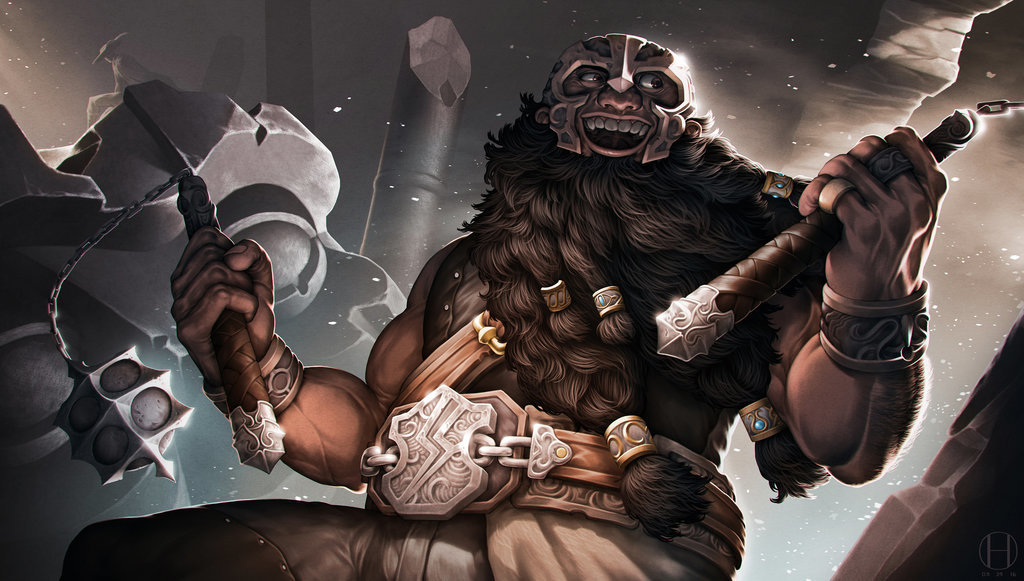