Into the Briny Depths

How to Brine a Dragon

We rejoined our adventure with the now, fully rested, Legion of Hope at the entrance to the Aqueous Tower.

Quintus was still fond of his idea to drain the water out of the tower. He protected himself in a magical sphere and levitated to a location he judged well below the water level.

It seems that any flying has a chance to attract the attention of a number of strange bat-like creatures that you can see flying around. Several swooped in towards Quintus. Safwin took flight and began swatting them out of the sky. You easily beat up the creatures.

Quintus painted a trap door of sorts, a circle, in the side of the tower with his magical paints. He could see that the circle was successfully created. However, even using his immovable rod for leverage, he was unable to pry the door open. Looking closely in the gap in the metal tower walls, he could see solid salt crystal.

Alas, the makeshift trap door was solidly stuck to the salt and would not come free.

After much discussion, the party came up with a plan to attempt to get the key mentioned in the riddle. You protected yourselves from the cold and water with spells. But, only Winter, Fria, Stick, Brie, and Safwin proceeded into the dark, briny depths. Quintus, Marg, Nails, and your companions stayed behind.

Sniper, who was snuggled next to Quintus for warmth, provided on ongoing series of profanity and griping about the cold. He makes it clear to Quintus that he owes him bigtime for this.

Elysia and Jennierissa doubled up their cloaks and huddled together underneath them. They seem to becoming friends.

With the preparations and spells completed, the party descended into the depths.

You headed towards the cave entrance and entered. You survived an encounter with a symbol that dispelled some of your magical protections with out too much trouble. When the cave forked you somehow managed to choose the right hand path towards the dragon’s lair. 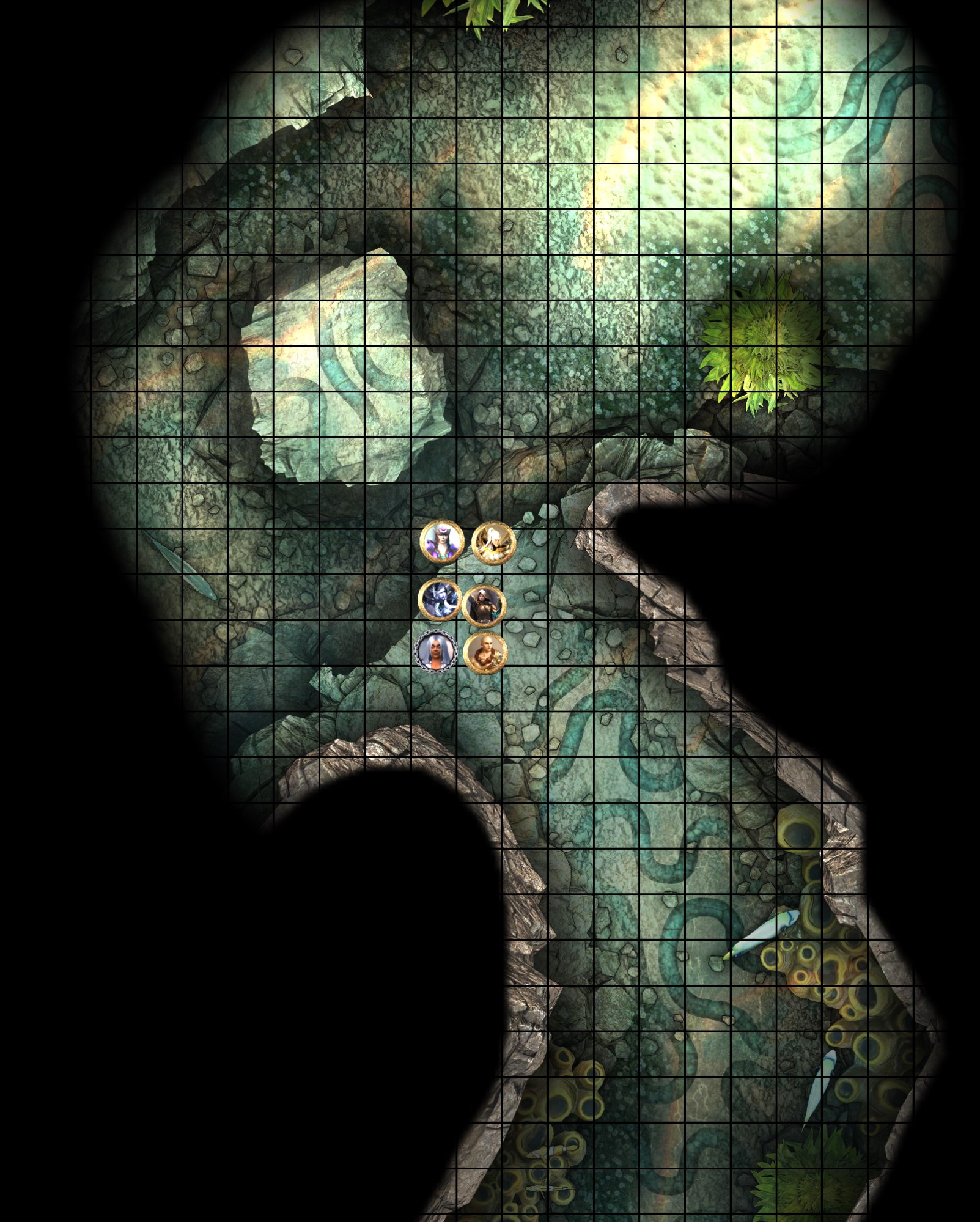 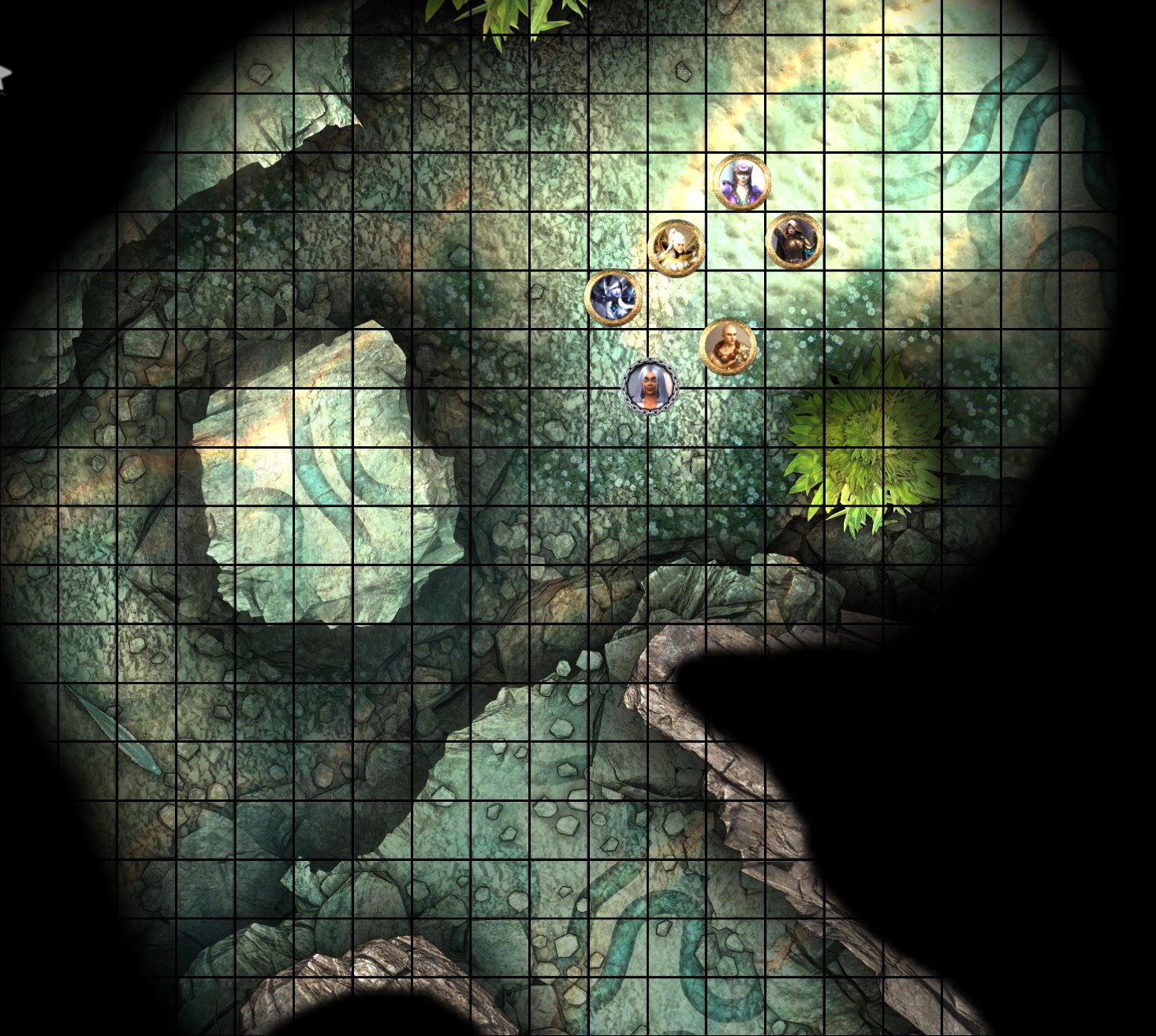 Moving further in, the salt tunnel opens up into a very large cavern. Unlike the barren, salt-enclosed expanses encountered up to this point, this room was occupied: sprawled on a mound of glinting coins, gems, sculptures, and other finery was a massive beast at least 50 feet long! It is a colossal serpent, with a thickened central body bearing huge flippers. Its head is unmistakably draconic, and its oversized teeth make it appear to be grinning even though its eyes are closed in slumber. Its hide is rough and mottled, ridged and craggy. The scales are irregular and do not fit together well. Huge clumps of salt encrust its saurian length. Every half-minute a burst of bubbles from the creature’s snout attests to the fact that it is a living, breathing being. At the serpent’s opposite end, its tail is wrapped loosely around a salt pillar. Atop the pillar, gleaming with silver radiance through the water, is a large key. 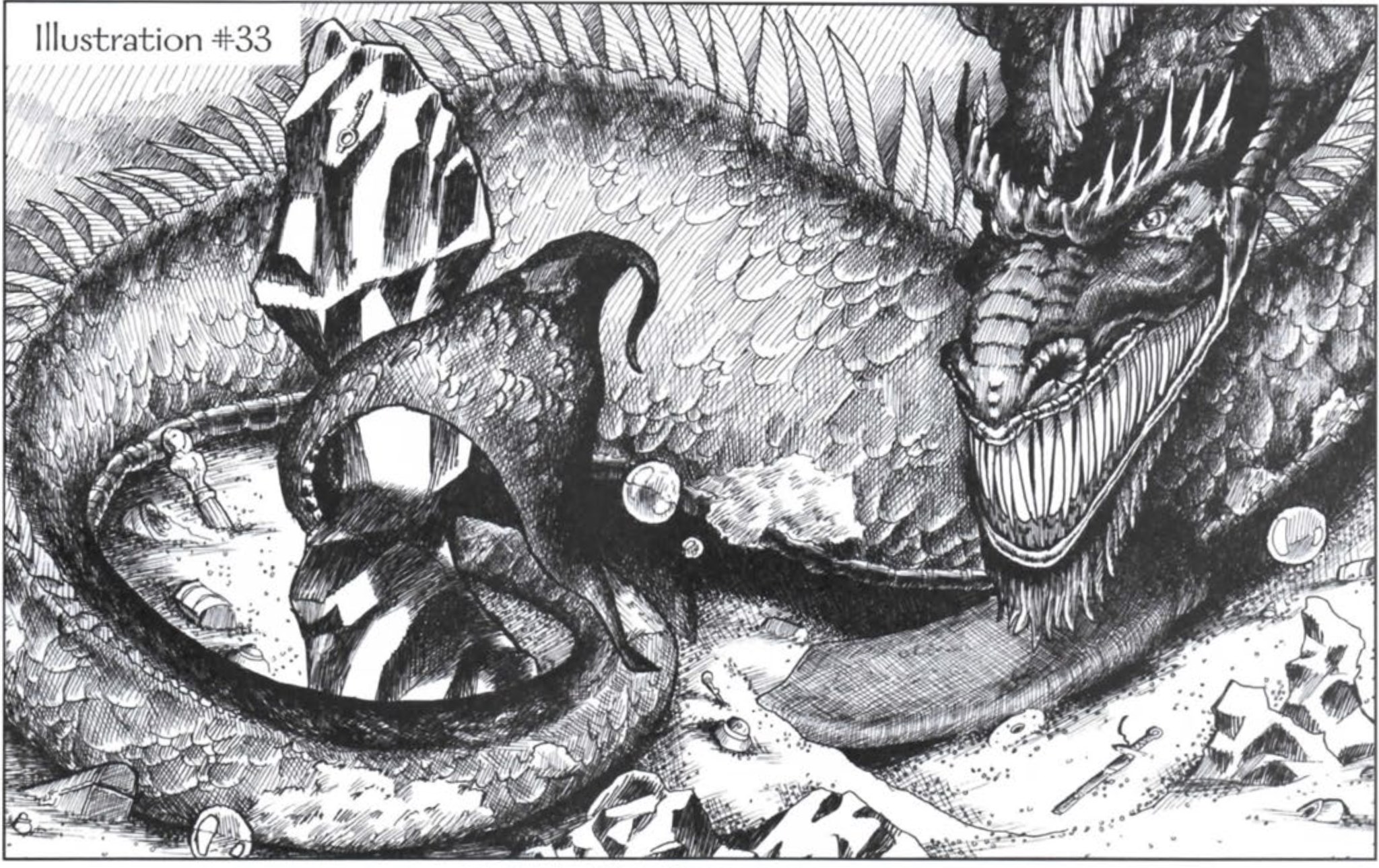 After a quick discussion, you sent Safwin the bold (I think) in to get the key while the dragon continued to slumber. He successfully swiped the key and returned to the group. As the party began to retreat, their luck ran out and the dragon awoke. A furious battle ensued as the dragon pursued the party. The beast immediately used its acid breath weapon, catching several party members in the area of effect. 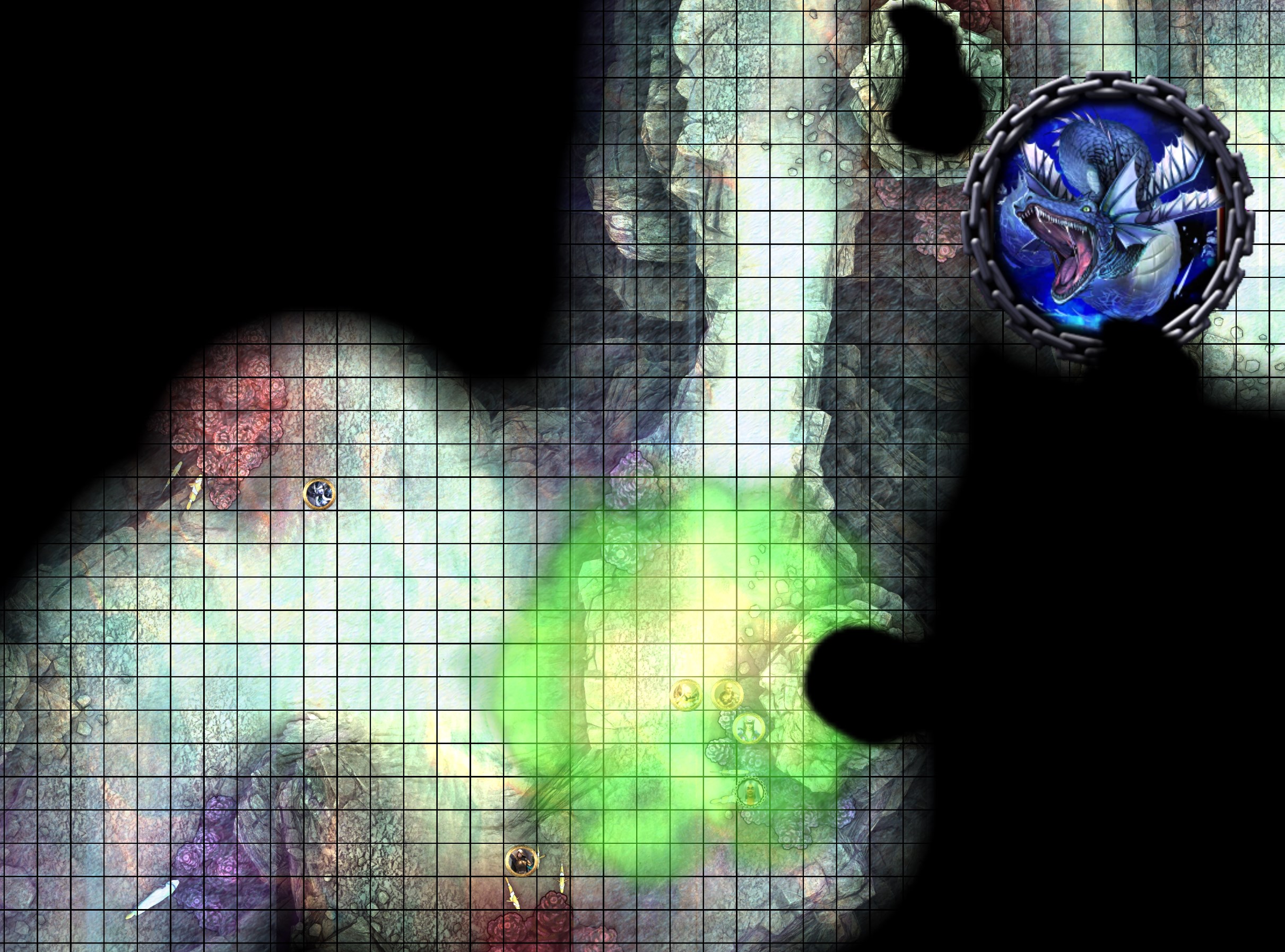 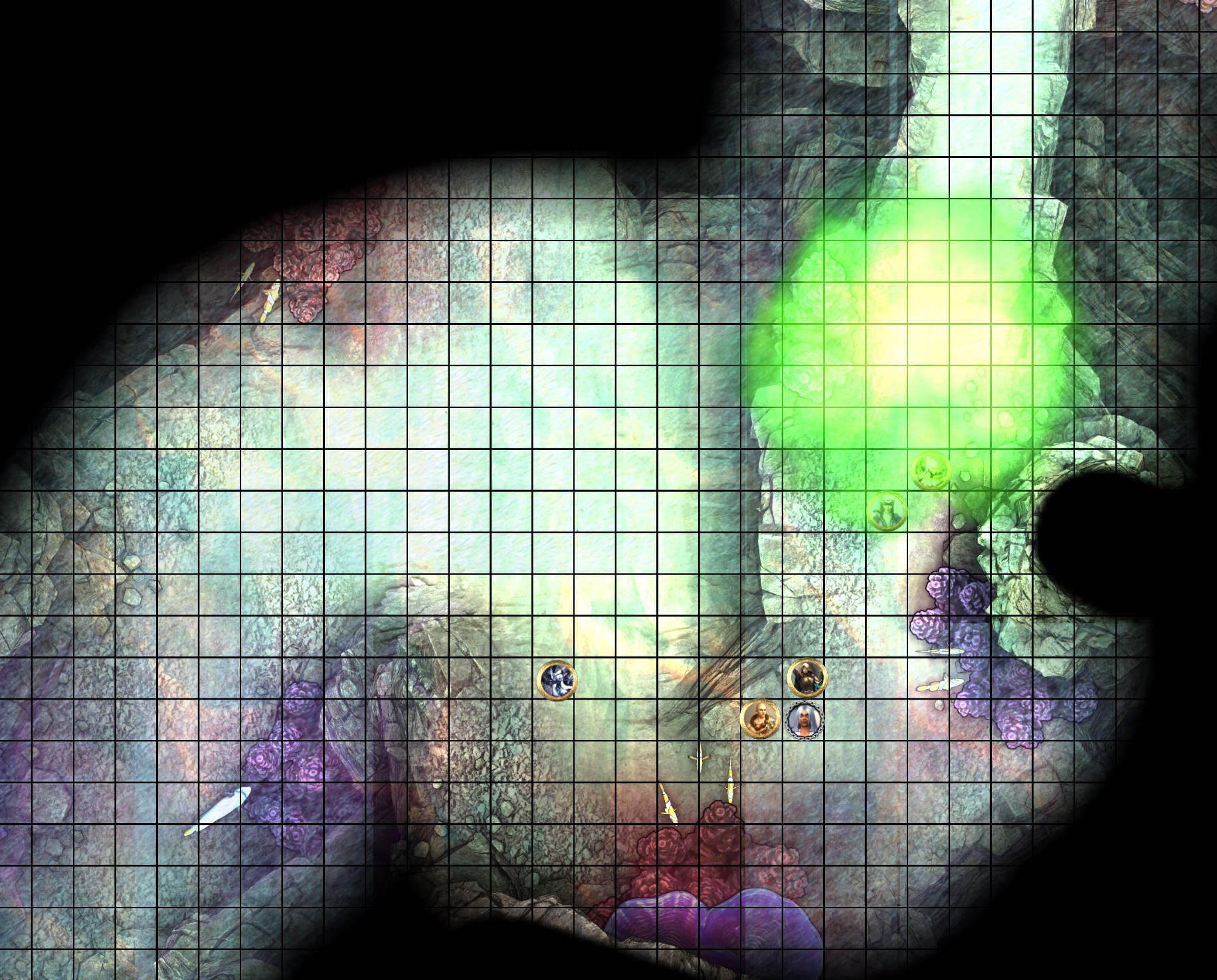 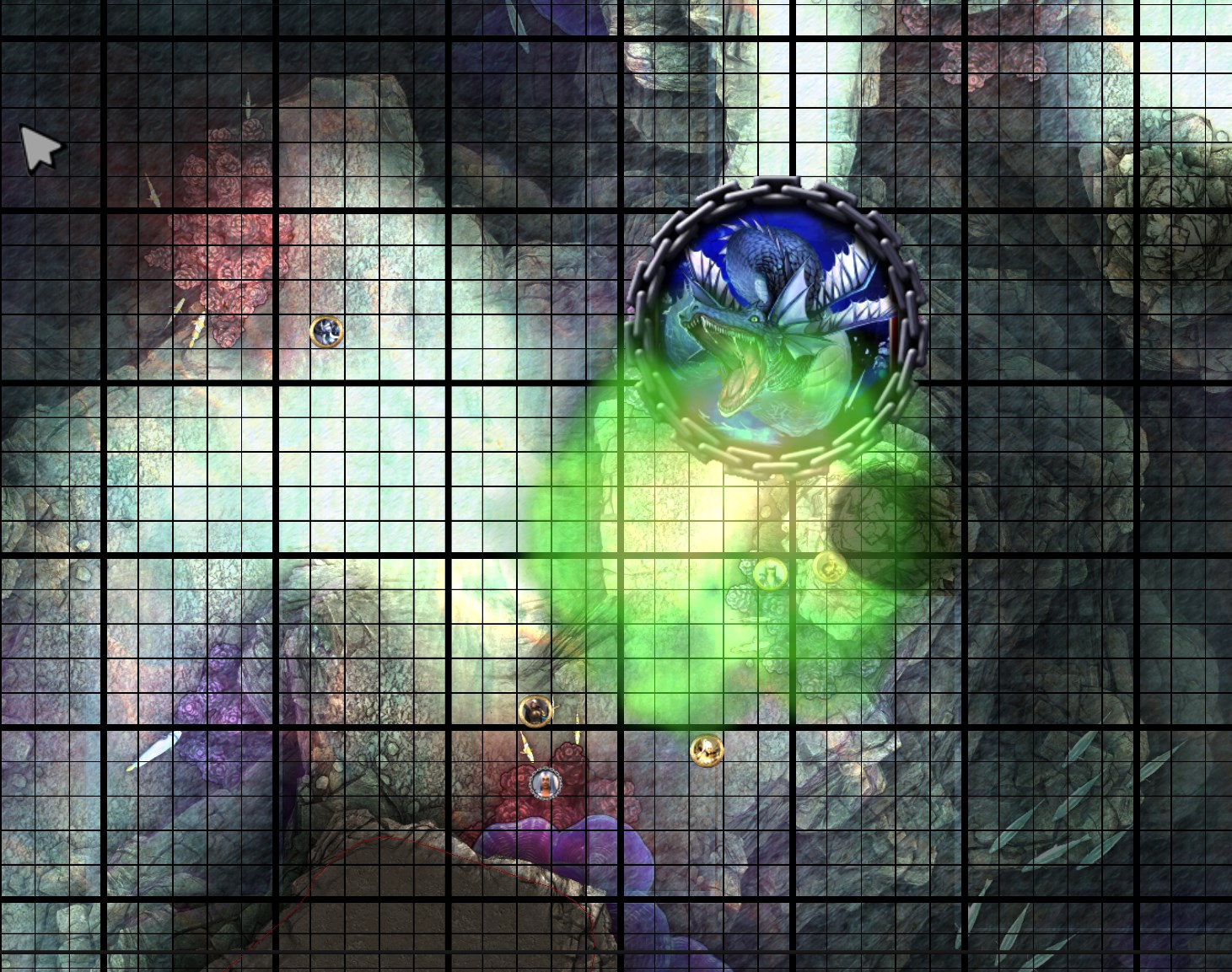 Seeing no alternative, you turned and began to engage the dragon in combat. 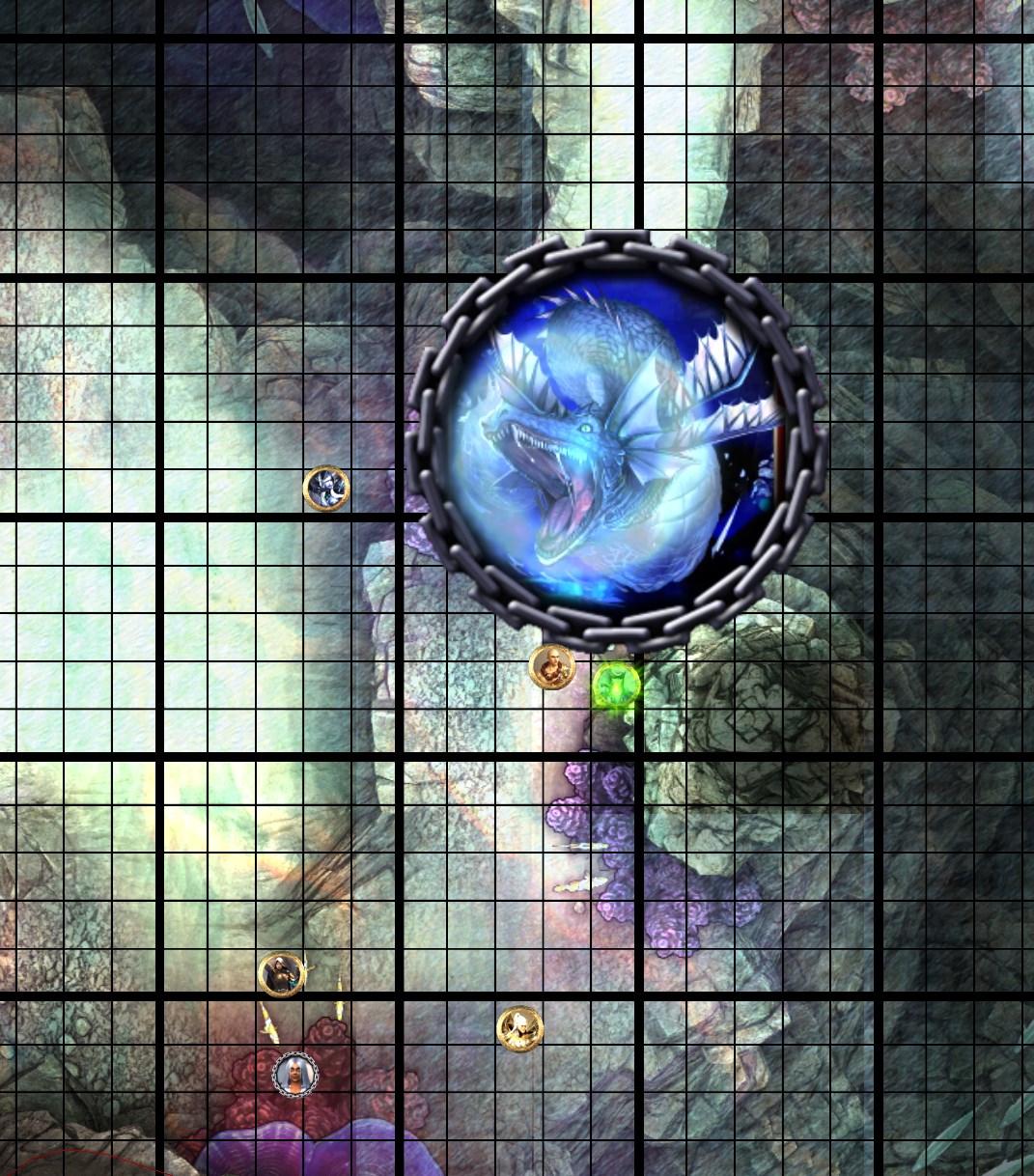 After two breath weapons and several powerful blows, the ground beneath Brie’s feet erupted with an acid blast and she succumbed to her wounds.

Fortunately, Winter was close enough to call upon Pelor to cast a Heal spell which restored three quarters of Brie’s health later the same combat round.

Brie didn’t even miss a action much to the chagrin of the DM.

The party eventually dealt enough damage to the fearsome beast that it stopped attacking and sank, bleeding, to the salt encrusted floor and slid off of the edge into the briny depths.

With relief. the strong looting instincts of the Legion of Hope kicked in and they descended onto the dragons treasure horde. 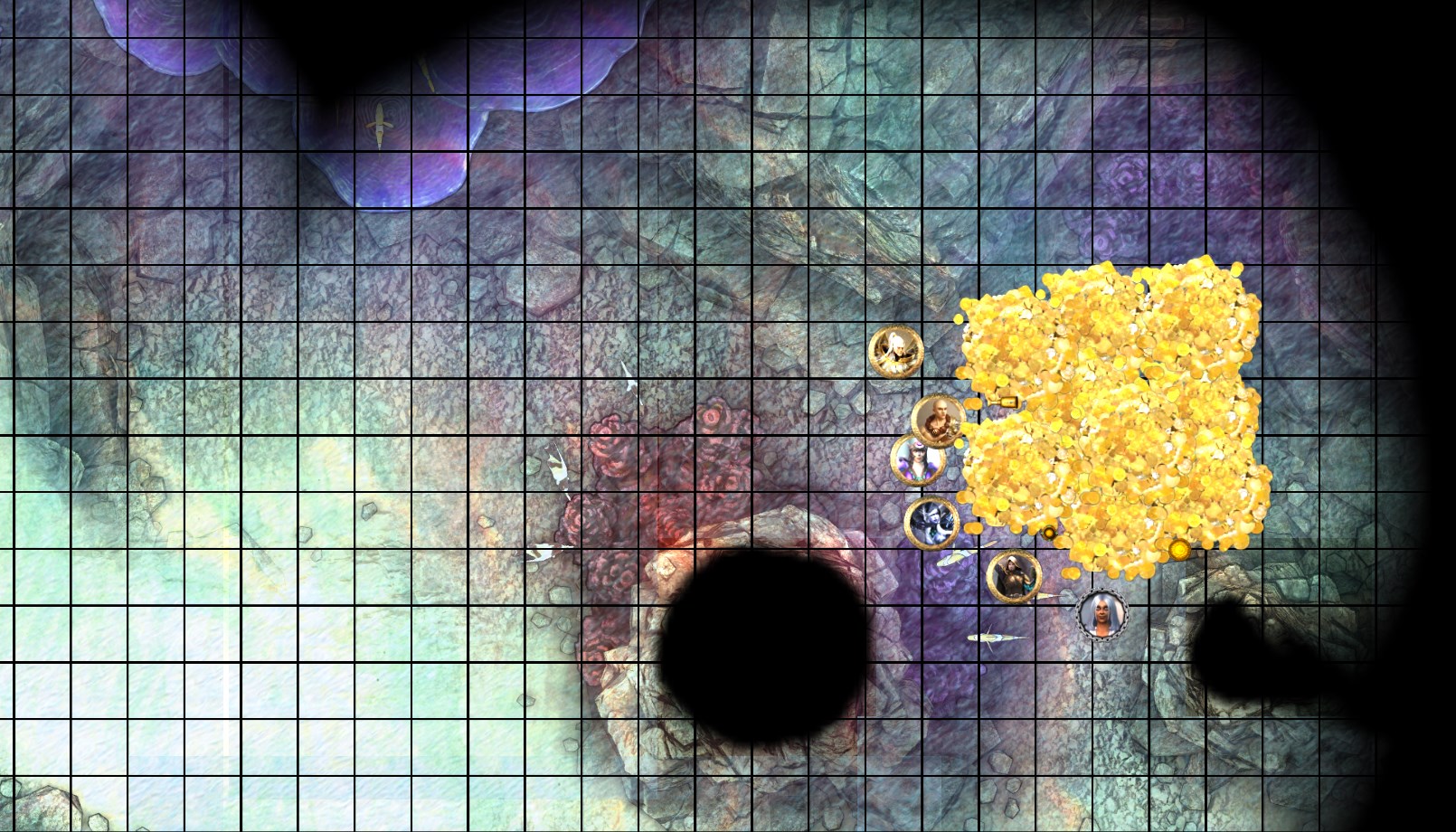 After looting several items, they exited the caverns and returned to the rest of the party.

The camera zoomed out as the party collected together at the Aqueous Tower’s opening.

Chilly Considerations The City that Waits exploration begins (what is it waiting for?)